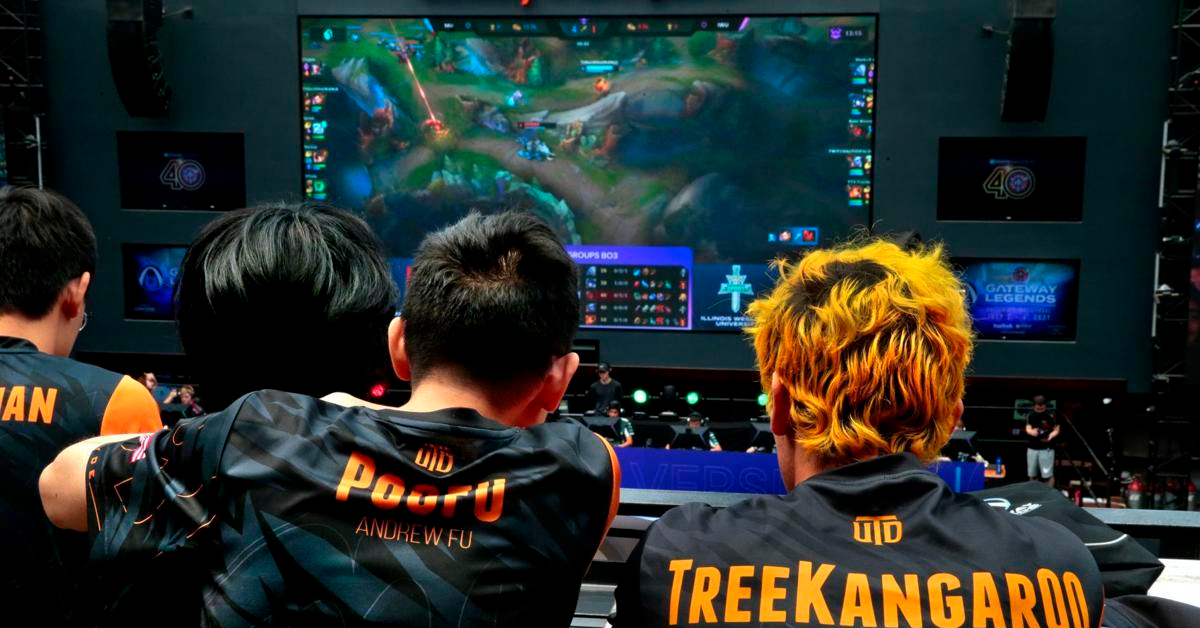 Asymmetric teams are factions that have disproportionate sizes, different compositions, or unique abilities when compared to their peers. Asymmetric teams offer variety and unique strategies, but are more difficult to balance than symmetric teams. The exact nature of what makes two or more teams asymmetrical can vary greatly depending on the rules of the game. For example, asymmetric information, asymmetric resources, asymmetric goals, asymmetric abilities, or asymmetric locations can all add to different play experiences.

The childhood games of tag and hide and seek are some of the oldest examples of asymmetric games.

Perhaps one of the most well-known games to have showcased asymmetric team structures was the real-time strategy Starcraft. Starcraft supported three different playable races (the human ‘Terrans’, Protoss, and Zerg). Each race has unique spells, abilities, armor, weapons, and structures. The Zerg, for example, can heal naturally over time. The Protoss, meanwhile, don protective shields that act as a second health bar. The humans can repair buildings and vehicles quickly, but have to pay a cost to do so.

Entire games have been developed around the premise of asymmetric team composition or asymmetric abilities. Strategy games such as League of Legends and Defense of the Ancients 2 (“DOTA2”) excel at employing asymmetric teams. As an example, in DOTA2, before each game five unique heroes are chosen to represent a team. Each hero has their own unique stats, abilities, and skills. The special composition of a player’s team, along with their opponent’s exclusive team, offer a rich and exciting meta-game. Free-for-all team structures and battle royale games can also utilize asymmetric abilities. Popular titles such as Fortnite encourage asymmetric abilities through exploration of the battlefield and discovery of unique weapons and resources.

By its very nature, asymmetric teams create an anisometric (unequal) matchup. “Special power X” of one team may be unequivocally inferior compared to “Special power Y” found on an opposing team. However, the first team should always have another ability that somehow makes up for their first inadequacy. What’s important is that the overall composition of a team’s powers be formulated as balanced as possible when examined as a whole, rather than by its constituent parts.

Because of the nonuniform nature of asymmetric teams, the variety of strategy is almost always deeper than a strictly symmetrical (or even disymetrical) team structure. When appraising different unit strengths and weaknesses, players are no longer comparing apples to apples, as the saying goes, but apples to oranges. Each new set of abilities, resources, and unit compositions must be compared and contrasted against every other standard. This encourages experimentation and high replay value for players seeking optimal play strategies.

For some players, enjoyment is derived in finding obscure ‘sui generis’ (rare) combinations among a pool of asymmetric abilities. The meta-game of mixing and matching various asymmetric abilities or team settings allow players to discover exploits and strategic weaknesses of their opponents; or in utilizing special abilities in new and exotic ways.

Unfortunately, the same complexity created by asymmetric teams also applies to game designers. Game creators must be vigilant against inherit imbalances, or game-breaking loop holes. If not carefully vetted for balance, certain unique abilities, resources, or even entire teams, may be considered comprehensively inferior to their counterparts. One method to combat this risk is called the Monte Carlo method, which uses random samplings of different characteristics and generates numerical results. Game designers are always encouraged to adopt a deep understanding of the utilitarian value of each special ability afforded to teams, rate them quantitatively, then balance them as well as possible. Even after doing so, extensive play-testing and player-feedback is also recommended.

However, several factors can complicate a designer’s quest for balance. To start, player’s opinions on what special powers they believe are too overpowered (or underwhelming) are often subjective. See “The Unbalanced Design of Super Smash Brothers” for a case study on how player’s perceptions change over years of play. Second, some special abilities may be beneficial in a game, but not all of the time, nor against every team composition. It’s fine to have “corner case” powers that are powerful only when certain circumstances exist.