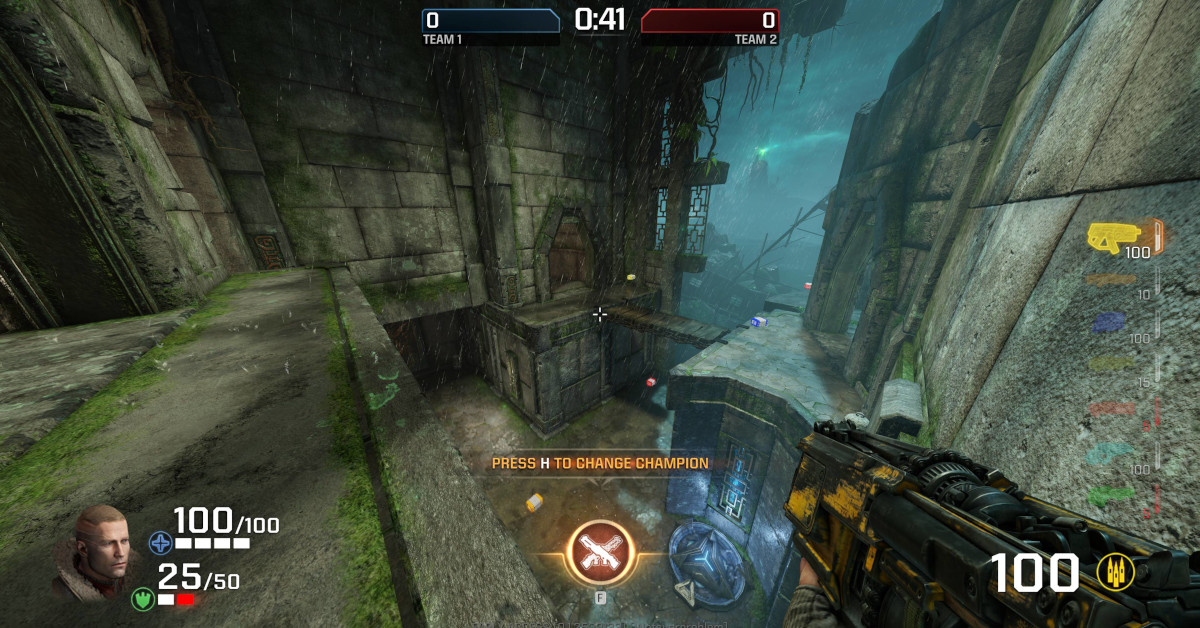 A type of social interaction, free-for-all is a competitive game mode where all players in the game are competing against one-another. Only one player can be the victor, with all other players considered having lost.

As an example, in the first-person shooter Quake III, the “deathmatch” mode involves all players tasked with the objective of killing anyone else but themselves.

In order for free-for-all games to feel fair, they must maintain a symmetrical balance. This is not to be confused with asymmetric goals. Similarly, orthogonal unit differentiation does not inherently conflict with free-for-all games since balance can still be maintained. It’s common (but not required) for the victory conditions of the game to be symmetrical between all players, as well as having balanced tie-breaking mechanisms.

A variation of free-for-all is Structured Free-For-All where all players compete against each other, but additional rules are in place dictating the order in which the players compete. Tournaments often use this form of free-for-all, known as tournament brackets, to determine a winning player. Typically players are grouped into pairs before competing. The loser of each match is eliminated from the tournament, with the winners being paired up again for a new game. This process continues until only one player remains undefeated.

Team Free-For-All is a game mode where players form different teams, then teams compete in a free-for-all structure. As an example, in the popular card game Magic: The Gathering, there is a game format called “Two-Headed Giant” where two-player teams can compete against one-another.

It’s comparatively easy to design a game, then allow multiple players to play the same solitaire game, albeit simultaneously, known as multiplayer solitaire. As an example, the classic game of Bingo usually involves many players playing the same game, but having no interaction with each other. A variant of this which is commonly found in many board games is one where players have indirect interaction with each other. For example, in Runebound players are largely playing the same game by themselves, but on a shared board. Game elements, such as equipment or quests, become unavailable to other players once a player has bought or completed them, respectively. In this manner, multiple players are separately playing one set of solitaire mechanics, but still competing for shared resources within a shared space.

Free-for-all games with a large number of players will promote chaos. Because each player must consider all other players as a threat, the relative difficulty of the game increases in proportion to the number of players playing. As an example, in the classic card game Poker, it’s widely held that the relative strength of a pair of cards decreases as more players are involved. This is because the odds of another player being dealt a better hand than your own increases as more hands are being played.

Because of the increased relative difficulty, players will often take on a more conservative (or defensive) play style to protect themselves against so many opponents. Players have to be careful not to over-extend themselves or focus too much on an offensive against a single player lest they leave their own territory undefended. For players who enjoy more offensive play styles, they may find the unpredictable behaviors of so many other players as a form of randomness that heavily influences the outcome (rather than be a game based off skill).

With free for all games, there is also an increased likely-hood of kill steals.