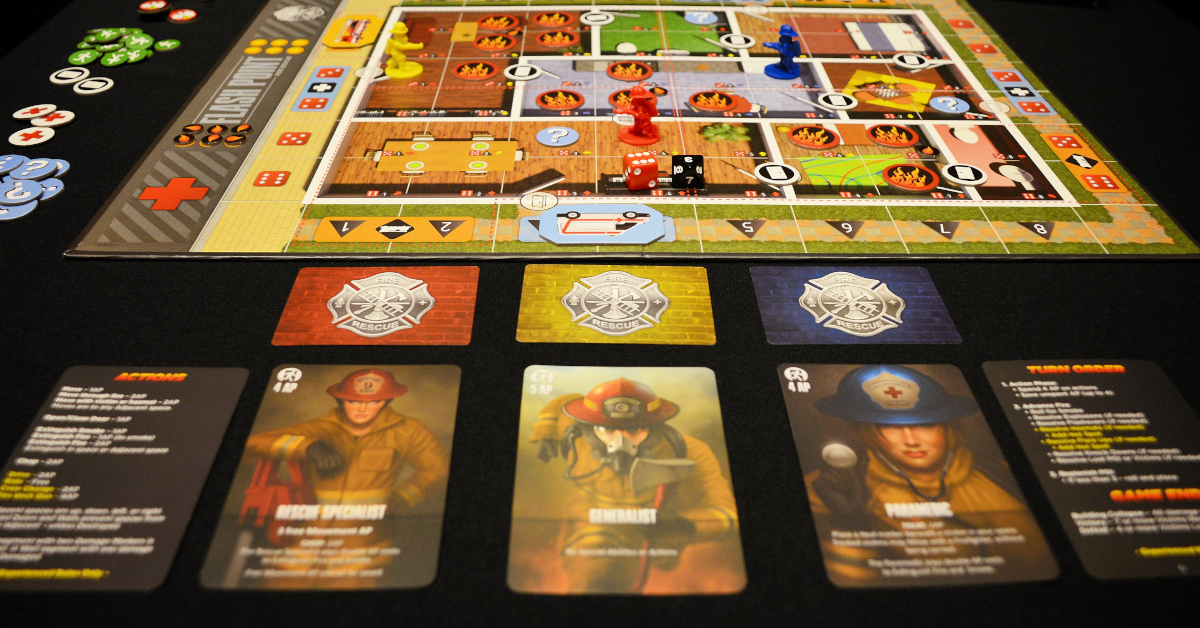 A type of social interaction, cooperative team structures involve two or more players working together against a common challenge; typically in the form of the players versus the game (or the game’s artificial intelligence).

In games where cooperation is used as a game mode (such as semi-cooperative games), players typically coordinate plans, share resources, and execute strategies in unison as an effort to achieve a shared win condition, or avoid a shared defeat condition. For example, in the board game Pandemic, players work together to collect and share cards in an effort to eradicate viruses.

In other games where cooperation is used merely as a sub-goal, players are allowed to divide responsibilities, goals, or sub-goals amongst the entire team. The process in which players are assigned (or offered) responsibilities can vary greatly (see team draft) or may even change throughout the game (see dynamic teams).

Some cooperation games have a secret traitor role played by one or more players. In these games, the team believes everyone shares the same win (or lose) conditions when in reality the traitor has an asymmetric goal to sabotage the efforts of the team. For example in the game Battlestar Galactica the players take on the roles of humans trying to run away from killer robots, except one player is secretly a robot in disguise trying to subvert the players’ efforts.

Unless formal rules pertaining to player interaction exist, a cooperative game runs the risk of allowing one or more players to dominate the planning and collaboration process. Players who are less outspoken, shy, or introverted may find it difficult to speak up and offer opinions or defend their ideas, especially when playing with relative strangers. The collective motivations and mood of the individual players can add or detract from their team’s enjoyment of the game.

If the relations between two or more players are strained, due to meta-gaming or factors beyond the scope of the game, those players may find difficulty in collaborating with those that they detest. This problem can be mitigated by allowing players to choose which team they join, but this can in-turn run counter to balanced team drafting.

Intra-team balance between players may prove important. If one player is a novice to the game but other players are experienced (or visa versa), it could produce frustration (or even resentment) among certain team members due to the perceived skill deficiency of the newer players.

Because cooperative games require at least two players, a solitary player who does not have access to other players may not be able to play the game (despite their desire to do so). To counter this, make sure a game is accessible to a wide range of players (despite their socio-economic standing, gaming experience, age group, etc.) and that the learning curve to play is low enough that no one will have difficulty in finding other players who would enjoy playing with them.