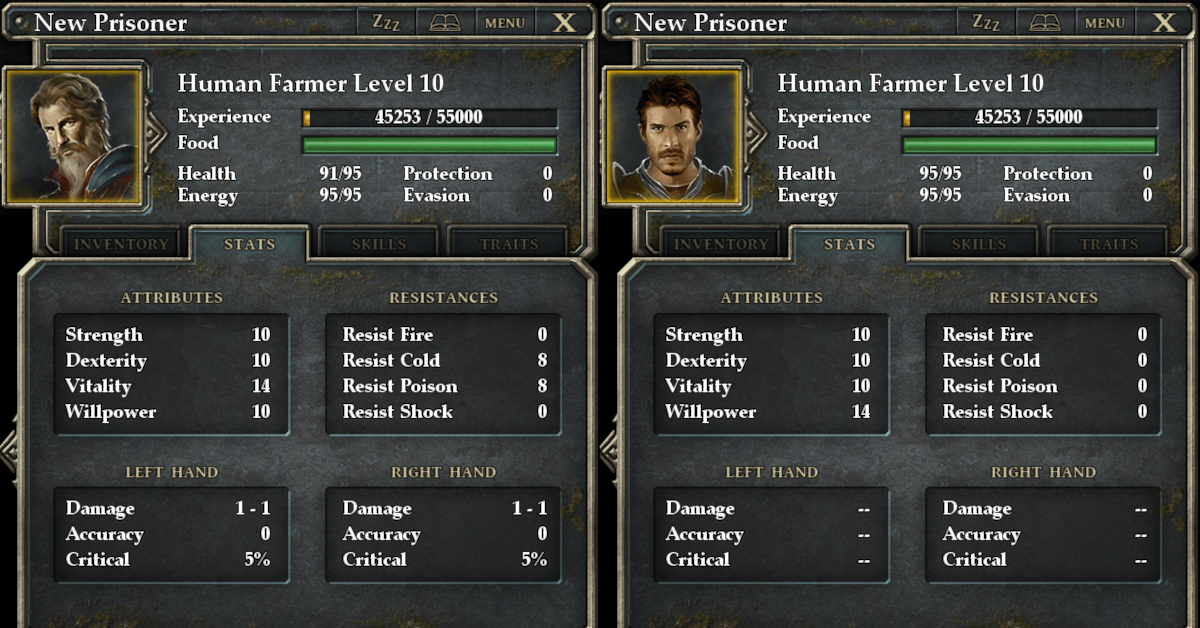 Attributes–also known as characteristics, properties, parameters, aspects, or traits–are anything that can describe a distinguishing feature of an object, resource, unit, or avatar (or almost any other game element). In the most basic form, an attribute is used to describe an inherit characteristic of something.

The structure of an attribute is comprised of a title, value, and unit of measurement. These are most commonly written as “[Title]: [Value] [Unit]”. As an example, “Height: 2 meters” would be an attribute describing an object’s height which has a value of 2 meters. Note that only the title is required, with both the value and unit being optional.

What category of objects, units, resources, or avatars that an attribute (or modifier) can belong to can vary greatly. Some modifiers may only be used if applied to a certain object, object “type” (see keywords), or condition (which may itself be derived from another game mechanic).

Note that targets and exceptions may alter an attribute or modifier in many possible ways: the type, initialization, duration, or value of the character could change depending on the same aspects of the object it is targeting. This is considered an advanced feature, but offers enormous amounts of customization within a game context.