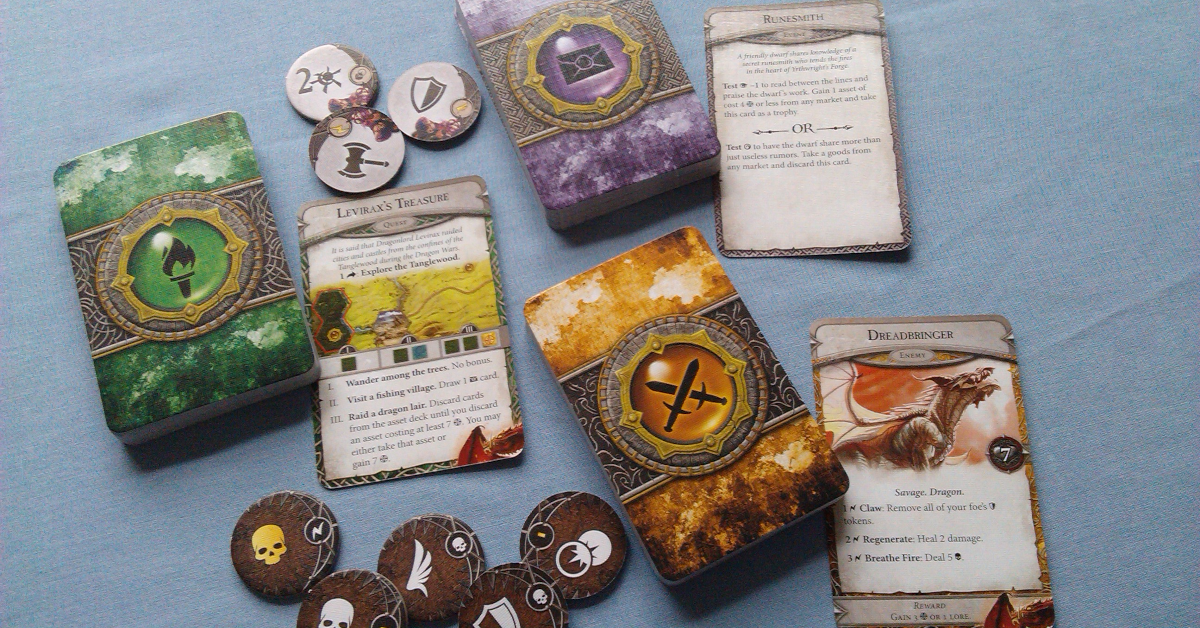 Categorization, also known as classification, grouping, tags, or keywords, are metadata assigned to game elements for the purpose of organization, identification, aesthetics, or rules-application. Categories can come in many forms including words, colors, images, or other identifying marks. For example, in the game Magic: The Gathering, most cards are placed into color categories of either Black, White, Red, Blue, or Green.

Almost any game element (also known as “game patterns”) can be categorized. From the very packaging of the game, to the rules of the game, to in-game resources and effects. For example, in Dungeons & Dragons, the melee damage that a player-character can inflict upon their opponents during battle is categorized as either “bludgeon” damage, “slash” damage, or “piercing” damage.

Although categories may apply to almost any game pattern, common topics to be categorized include (but are not limited to):

As an example, the popular Pokemon series has a collection of “pocket monsters” that each belong to one of 24 different types (e.g. “bug”, “ghost”, “ice”, “electric”, etc).

Game categories can be arranged either horizontally or vertically.

For example, in the SNES classic Chrono Trigger, after Chrono unseals the Forest Ruins pyramid, he must make a choice: does he acquire a new legendary weapon or a new legendary armor? The choices are more-or-less equal (but vastly different in the bonuses they provide).

A category’s context, allegory, theme, or overall definition is typically predetermined by the game’s designer. Categories can center around a certain age, culture, continent, technology, and so on. What, exactly, a category represents or the central pattern that unifies the game elements that belong to it is limited only by one’s own imagination. That said, popular categories include (but are not limited to):

Special meta-rules can be applied to categories (and the elements within) to define what qualifies a game element for eligibility into one group (yet not another).

Game element groups can interact with one another or have special rules assigned to them–relative to other categories. In previous category examples, a game element belongs to only one category. We could write an example of this as the following:

Where the wand is a game element and “air” is a category of magic. However, when a game element belongs to two (or more) categories, the different categories can be mixed together, opening up a combinatorial explosion of possibilities.

For example, in Magic: The Gathering, the card “Metallic Mimic” is simultaneously an artifact creature and a shapeshifter. This card takes on all of the properties and rules of all of its categories. We could write an example of this as the following:

But we can further modify the relationship of these two categories by making them mutually exclusive, as in the next example:

This “or” clause demands some kind of decision or resolution to be made to determine what “type” of magic will be used (either air or fire magic). Typically this comes in the form of either player choice, its randomly determined, the game designer predetermines the method, or others.

Game elements can be further classified into subsets (typically called “subtypes”). A simple example of this would be to have a “vegetable” group and a “fruit” group. The fruit group could be further-divided into “tree fruit” and “vine fruit”. There are no limits to the number of subdivisions that categories can have (unless the game designer decides otherwise). For example, the “vine fruit” category could have additional subsets of “grapes”, “blueberries”, “strawberries”, “tomatoes”, and so on. These subtypes can be either horizontal or vertical categories. We could write a simple example like this:

Any of the bold words can be replaced with a different category type as the game designer deems necessary. If we wanted to add randomness to our example, we could write it out as follows:

Categories can also be combined together to form new game elements or even new categories. For example, in Diablo II: Lord of Destruction, players can collect “runes” that may be combined into specific patterns to form “rune words” which offer incredibly powerful bonuses that may be attached to the player-character’s gear. In other-words, players must collect runes of specific types (aka “categories”) then combine them together to make new attributes. The kicker is that runes are already divided into vertical categories that determine their rarity. Therefore, certain rune words are more difficult to form because their pattern requires runes of varying scarcity.

A similar mechanic exists in Minecraft where the player must collect resources belonging to certain categories and combine them into a spatial pattern that then creates a new game element (belonging to a new category).

The game designer should always consider any rules that dictate how game elements of one category may effect elements of another category. Some game patterns may oppose (or compliment) other elements from different categories, forming a rock-paper-scissors mechanic. For example, in the Pokemon series, Pokemon of certain types inflict more damage against Pokemon of other specific types.

In Dungeons & Dragons, Resistance is a game term which means that a creature takes half damage from a specific source. Resistance can come from many categories, including racial traits, class features, monster special traits, and spells. For example, Tieflings have a racial trait that gives them resistance to fire damage.