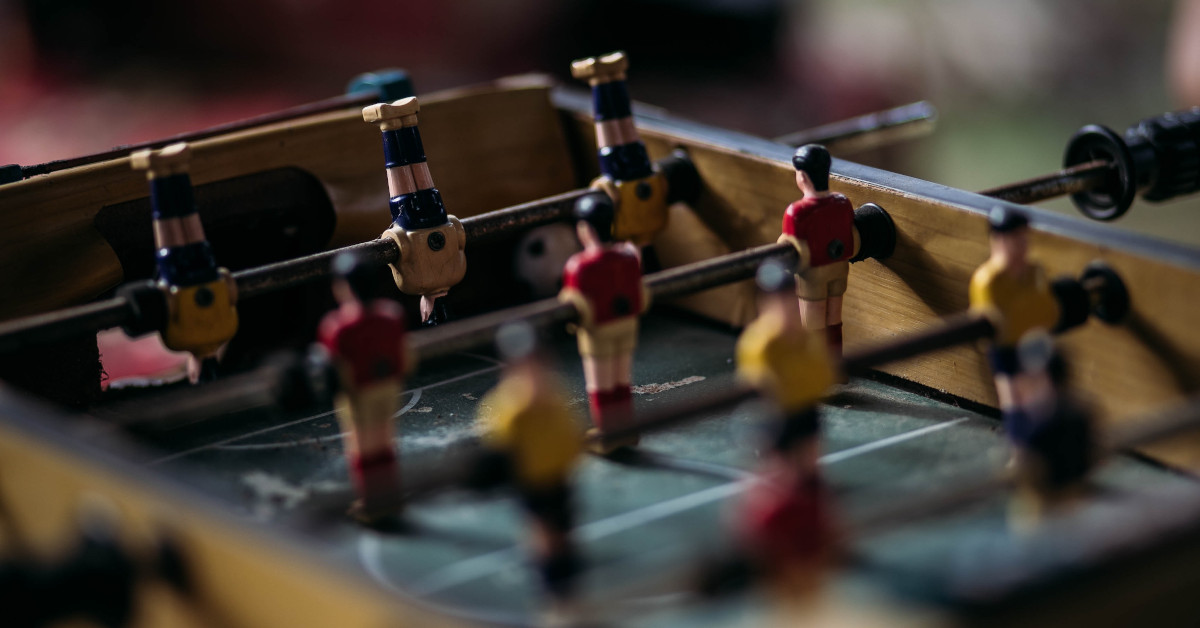 A static team is an alliance that remains unchanged throughout a game instance. Players cannot change teams during the game, and in some variations, individual players cannot change their roles nor be eliminated (forcing team sizes to remain constant until a victory or defeat condition is triggered).

This is typically considered the “default” style of teams in a game–even if it’s not explicitly described. One notable exception of this is with team-based sports which often utilize dynamic teams.

For example, in the board game “Codenames” each team has one spymaster with the rest of the players acting as spies. Once the teams are formed the players and their roles remain constant throughout the game.

Static teams are easy to understand and straight-forward to implement. Because they’re so common, players will instinctively find the concept familiar.

Depending on the strictness of the definition used for the word “static”, teams of this type may come off as uninspired, inflexible, and lacking in strategic opportunities found in more sophisticated team structures.